Protecting Your Family from EEE

With the recent discovery of EEE found in a mosquito pool in Whitman Ma, we thought it might be a good time to res hare this article, originally published on 8.14.12

For those of us living on the South Shore of Massachusetts this year, we know it  has been a tough summer for outdoor activities. From the oppressive heat to the  heightened threat to EEE it has been hard to get outside and enjoy our decks  and yards.  It has been especially hard
for us having a little one at home, because I don’t want him to play inside on
nice days

A  Boston Globe Article by Kay Lazar & Zachary Sampson (8.8.12) stated  that the EEE risk is as bad as it has been in decades. The article states; “This year’s infestation of mosquitoes  infected with Eastern equine encephalitis is the most intense that  Massachusetts has experienced in three decades, a top health official said  Tuesday as the state announced a second round of aerial spraying. Barely two  weeks after blanketing 21 Southeastern communities with pesticide, officials  said that planes will again take to the skies over six of the cities and towns  to prevent human-biting mosquitoes from spreading the often-fatal virus to  residents. No human cases have been reported yet*, but health specialists are
concerned about the threat to the public. “It’s extremely important that
residents in these communities take immediate steps to protect themselves and  their families from mosquito bites,” said John Auerbach, the state’s public  health commissioner.”

Auerback  is also quoted in the article as saying “We have seen mammalbiting EEE-positive  mosquitoes earlier this year than in anyone’s memory,” Auerbach said in an  interview. He added that surveillance traps are catching an unusually high concentration of the infected insects.”

In  addition to the spraying that some certain towns are going to be doing,
officials remind people to stay indoors as dawn and dusk and wear bug spray. As  I sat in our sunroom I was thinking how glad I was that we had a space that I  could be both outdoors and inside.

A custom sunroom and screen room is a great idea for times like this where you
want to enjoy the outside without necessarily being exposed to what’s outside.
But what are your options?
1.    Include  screening in an existing porch.
2.    Building  a modular patio room, like The Classic Vinyl Patio Room by Harvey BuildingProducts

Clearly you have the most options with a Custom Room though, you can choose from large  rolling windows, to sliding patio doors. From square shape to custom shaped room. Designer Shaped Windows, different types of flooring, décor and much more. 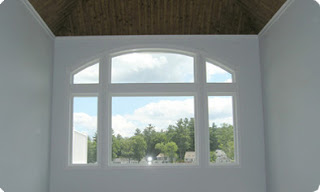 With  Designer Window shapes from Harvey Building Products: “you can add variety and  individuality to your home with designer shaped windows. Our specialty shapes,  including octagons, triangles, roundtops and full circles,  offer unlimited opportunities to customize your windows. We also offer numerous grid options to enhance your interior design possibilities. Wood as well as composite trim can be specified
on any specialty window for added value and beauty. Your imagination is your only limitation, with a virtually endless combination of sizes and shapes of windows.”

So  call Almar Building & Remodeling (Hanover, Ma) and discuss how we can help  you stay outdoors enjoying the weather with a screen room or sunroom.

For more  information about EEE please visit: OneMillion Strong for Jeff Fuller. Jeff, a local man was infected with Triple
E in August of 2012.